The Mangalorean flavoured Kannada film ‘Damayana’ is a much assuring feature of a new team. This debut comedy movie is created and directed by young Shreemukha. It has already participated in ‘PickUrFlick Indie Film Festival’. Now it is leaped to the 7th edition of ‘Darbhanga International Film Festival’ as it is officially selected. 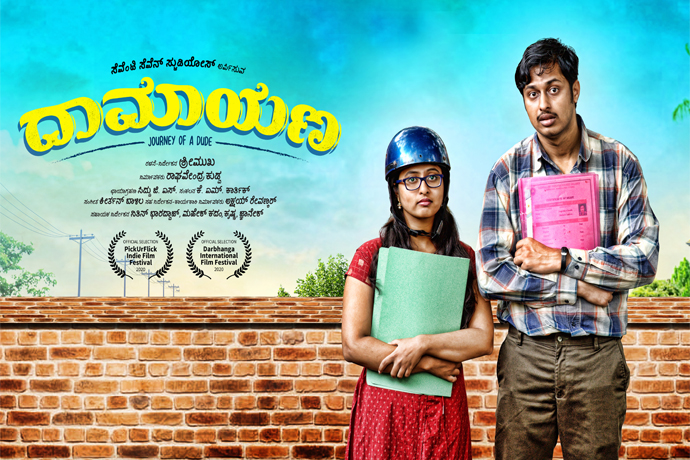 The festival will be held from February 7th for three days at the city of Darbhanga of Bihar.
Damayana teaser goes viral; Viewed by over a million.
The internet went crazy for the first teaser of ‘Damayana’ released on Facebook. The teaser is now viewed by over eleven lakh viewers. The new team is happy on getting a huge admiration by the film lovers.
In the teaser, the Mangalorean Kannada speaking protagonist Damodar hails from Puttur- a town in Dakshina Kannada. Damodar so idiot that he thinks he is a very talented. But his talent is limited only for stealing areca nuts from the house and singing in tik-tok. His father is a farmer and mother is a house wife. Damodar is longing to go to city and ambitious to become famous. Damodar’s ridiculous personality is the highlight of the teaser.
Damayana has five melodious songs in the film to be released in the coming days.

Karavali Utsav to be Held at Tannirbhavi Beach in Mangalore: Check Out

Cycling Expedition from Mangalore to Kashmir Begins: Check Out